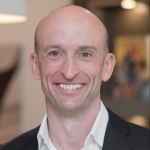 Gum disease (or periodontitis) is one of the most common diseases around the world.

It’s actually been linked to serious health conditions too.

Research shows it may heighten the risk of stroke, heart disease, diabetes, Alzheimer’s and even pregnancy complications.

Gum disease is widespread in Australia, it turns out:

At least 30 per cent of our population have moderate or severe periodontitis – according to the National Study of Adult Oral Health. And it’s more prevalent among older generations – especially those aged 75 and over (seven out of every 10 adults).

But it doesn’t have to be this way.

The condition is both preventable and easily treatable – as long as you take care of your oral health and see your dentist at the first signs of gum disease symptoms.

Keep reading to find out more about preventing and treating this condition.

What is gum disease (gingivitis and periodontitis)?

Periodontal gum disease is a chronic bacterial infection of the tissues, gums and bones around the teeth. It may impact a single tooth, or multiple teeth – and begins as mild inflammation in the gums, but symptoms worsen without intervention.

There are two stages:

This is the first stage, when only the surface layer of the gums are mildly inflamed, swollen and red. There may be some bleeding when eating or brushing. Thankfully gingivitis is easy to treat and reverse, as long as the symptoms are caught in time.

This advanced stage of gum disease occurs when gingivitis hasn’t been treated.

The infection spreads, causing all of the structures around the teeth to become seriously inflamed (root, bone, gum and fibres). Gum and bone separate from the teeth and create small pockets, which become infected when debris gets trapped.

When left untreated; this infection can even destroy bone and soft tissue – leading to tooth loss.

In fact, American research shows that periodontitis is the leading cause of tooth loss for adults.

The link between severe gum disease and wider health problems

Let me start by saying:

There’s no guarantee that oral conditions lead directly to other problems, so don’t be alarmed.

For example, people with gum disease are two to three times more likely to have a heart attack or stroke – according to Harvard Medical School.

A 2018 study by the American Heart Association even found that blood pressure medication is less effective for hypertensive patients who have gum disease.

This is because your mouth is connected to the rest of your body – including your digestive and respiratory systems.

Most of the bacteria in our mouths is harmless (thankfully). But when bad bugs get out of control and spread; this may increase inflammation in the arteries, heart, brain, liver and other organs.

“The current view is that periodontitis leads to entry of bacteria into the circulatory system which in turn activates a host inflammatory response resulting in exacerbation, maturation and, ultimately, atheroma formation thereby increasing the risk of CVD (cardiovascular disease).” PLOS ONE Journal

It’s a double-edged sword too:

This is often the case for pregnant women.

Although pregnancy certainly isn’t a health problem; expectant mothers are more likely to experience gum inflammation as a result of hormonal changes.

If this turns into periodontitis that isn’t treated, it may even lead to premature births.

However, we need to be careful about drawing a solid connection between gum disease and health complications, as the findings are limited.

For example, in regards to a study that links Alzheimer’s disease to periodontitis; a professor of neurology cautioned against overhyping the results of a small study.

This isn’t to say there isn’t a link between the two. There’s research that makes a strong case that gum disease influences our organs to an extent – but further study is needed on this crucial topic.

Take care of your oral hygiene the best way you can, and the rest of your body will probably benefit too.

What does gum disease look like? There are different indicators for both the mild and advanced phases of gum disease.

Signs and symptoms of periodontitis:

Dentists can reverse mild cases of gum disease with antibacterial mouth rinses and deep-cleaning treatments that use specialised instruments to go beneath the gum line.

Common treatments include scaling (scraping off tartar) and root planing (smoothing out the roots of teeth with an ultrasonic device) to get rid of hardened plaque, which is also called tartar.

Although you may require more than one dental visit to treat gingivitis, it’s possible with targeted treatments and good oral hygiene.

This can take the form of oral tablets, a gel that’s spread onto the gums or tiny gel particles that are inserted into pockets in the gums to slowly release medication over time.

Enzyme suppressants that prevent gum tissue from breaking down further.

But sometimes medication isn’t enough and dental surgery is needed to restore the tissue around teeth. This may involve bone grafting (to support bone growth), gum grafts (to cover exposed roots) and periodontal pocket reduction (to remove infectious bacteria).

If you find yourself googling “how to treat gum disease” or “gum disease symptoms”,  please see your dentist as soon as possible – early intervention often makes the world of difference – and prevention should be your main goal.

Poor oral hygiene is usually the main cause of gum disease (but not always).

Bacteria-filled plaque builds up on the teeth and gums when sugar isn’t effectively cleaned away.

The immune system then triggers an inflammation response – redness and swelling in the gums – to try and fight this plaque.

What happens if plaque isn’t cleaned with brushing and flossing? It eventually hardens on the gums and turns into tartar (calculus), which can only be removed with professional dental cleaning. If tartar remains, deep pockets develop between the teeth and gums – filling with bacteria that damages bone and tissue.

Other factors that increase the risk of developing gum disease:

Smoking: Did you know that people who smoke fewer than 10 cigarettes each day are still two times more likely to get gum disease? This risk is even higher for heavy smokers. Thankfully people who give up smoking respond well to treatment, and even drastically reduce their risk of getting periodontitis in the first place.

Illegal drugs: Drugs such as meth, ecstasy, cocaine and heroin create a dry mouth that produces less saliva, which is actually needed to keep the mouth clean by washing away harmful bacteria.

Certain medications: Dry mouth is also caused by some medications, such as antidepressants.

Family history: Genetics plays a role for people who are more vulnerable to gingivitis, despite taking the best care of their oral hygiene. In such cases, early dental intervention is key.

Poor nutrition: This makes it harder for your body to fight oral infections, which is what periodontal disease starts as.

Grinding or clenching teeth: This puts a lot of pressure on the bones and gums, which speeds up the damage that occurs with gum disease.

Brush your teeth (preferably with a fluoridated toothpaste) every morning and night.

Twice a day is necessary, but it turns out only 50 per cent of Australians do this.

Make sure you gently brush along the gum line too, to strengthen and clean the gums (we recommend a small toothbrush with a flexible neck and soft bristles, or an electric toothbrush).

Regardless of your tool of choice, devote at least two minutes to the task every time.

The Australian Dental Association has this guide:

“You should clean your teeth systematically, starting at the back of your mouth with the toothbrush bristle at the gum line on a 45° angle, brushing gently in a circular motion. If you scrub too hard from side to side, you can run the risk of causing your gums to recede, as well as damaging the tooth enamel. You should take care to brush carefully along the inner, outer and chewing surfaces, making sure you tip the toothbrush so you can reach the inner front areas of the teeth, which are often missed.”

Don’t forget to floss at least once a day, to remove any particles that have accumulated.

A note about gum disease and dentures:

If you have dentures, it’s important to clean them properly twice a day, to prevent bacteria from building up.  Use a soft toothbrush and mild liquid soap. Also brush any natural teeth, your tongue and gums twice a day with a soft-bristled brush, to remove bacteria and improve circulation in your mouth. It’s a good idea to give your mouth a daily saltwater rinse with tepid water too, and massage your gums often.

Cut down on your sugar, because large amounts cause a harmful bacteria called Streptococcus to thrive. You can still enjoy sweet foods and beverages in moderation, just clean your teeth properly.

It also helps to consume foods and drinks that populate your body with healthy microbes, to help protect your gums from tartar and decay.

Examples of foods that are rich in probiotics or vitamin K2:

Consider giving up smoking or drugs:

If you’re a smoker who’s thinking about quitting, here are some resources that may help. People with a drug dependence problem may benefit from speaking to their doctor about entering a rehabilitation program.

This helps people who suffer from a dry mouth, by stimulating the body to produce more saliva that cleans the mouth. We also recommend sipping water more often and limiting your caffeine. A room humidifier that adds moisture to your room at night may also assist.

Don’t stop taking the medication that’s causing dryness, but ask your doctor if there’s an alternative option. If there isn’t, your dentist can tell you other ways to protect your gums.

This can be completely reversed, if treated in time during the early stages.

Your dentist can check for gum disease symptoms and clean your mouth thoroughly, to strengthen your oral health.

On that note, we recommend getting your children into the habit of visiting their dentist from a young age, to help them avoid a lifetime of dental issues.

In case you didn’t know, children aged between two and 17 may be eligible to receive up to $1000 to cover their basic dental services over a two year period (Child Dental Benefits Schedule).

At Mona Vale Dental, our team is experienced at preventing and treating all the stages of gum disease, so contact us on (02) 9997 1100 to book an appointment or find out more.

Can gum disease spread to other teeth?

Yes, this is possible. Gingivitis (gum inflammation) that’s left untreated often spreads to the tissue and bone surrounding the teeth – spreading infection further into the mouth.

Can you get gum disease from kissing someone?

Yes and no. Cavities are contagious (tooth decay can spread from one person to another), but mild gum inflammation is not. Having said this, it’s not a good idea to kiss or share food with others while you have untreated gum disease. People with poor oral health or a compromised immune system may be vulnerable to developing it too.

What is the best food for gum disease?

Ginger helps to keep gums healthy, due to its anti-inflammatory nature. Apples contain a lot of fibre, and chewing an apple actually helps to dislodge plaque from your gums (green salads do the same). Finally: milk, yoghurt and cheese can strengthen your gums and teeth with calcium.